After a long time, I am coming up with a double feast of a book review (Audio Book) along with the author interview of Old Lives Die Hard.

Ex-Homicide detective Mac Faraday is back with Old Loves Die Hard. This time it's a double murder mystery to solve. While enjoying his days with his brother and half-brother, Mac Faraday gets an unexpected visitor and that leads the chaos. This book is as intriguing as the first book in the Mac Faraday series. Lauren Carr has crafted a perfect mystery story.  The beauty about this book is its a good mystery thriller with a clean story. There is no sex, there is no unnecessary commercial material to please the crowd or increase the sale. This is one of those pure mystery thrillers that rely heavily on the content and flow of the story.

I would recommend the book for all the readers who are keenly interested in a mystery thriller. Mac Faraday series has a huge potential to become a next big thing and probably might attain a cult status some day. Mac Faraday is unique, effective and still has something in his bag to offer. His working and ways of solving are particularly interesting, his Brother David complements him perfectly. The final verdict is, go for it, do read the previous book too.

Also, I got an opportunity to interview the author of the book. Here goes my interview. 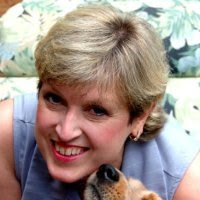 
There is a lot of writing involved before authors get to the point where their books are ready to be produced as audiobook. Here are a few questions about the writing process: Describe your process for publishing your books in audio.
I have learned a lot about what goes into producing audiobooks in the last year. For the books that were on my backlist that I had recently released and audiobooks, the producers used the published book for the script.
After reading through the book and going over the characters and any questions about the pronunciation of certain words, the narrator will record the first fifteen minutes of the book. I can either approve the sample or make suggestions. As the project moves forward, the producer uploads every completed chapter which I can listen to until the book is completed.
Once the book is completed, then I proof it. If there are no problems, then we can send it on for publication.

How closely does the writer need to work with the audio producer?
Closer than I thought. The author can’t just sit back and wait for the narrator to wave their magic wand and say, “Fini! It is done!”
First off, the writer should go over the characters with the narrator. I supply them with a cast of characters and give them a bit of an insight into how I see them. Keep in mind, the narrator is a voice actor. Listeners aren’t just looking to have a book read to them. They want to experience the book, and the best way for that to happen is for the narrator to understand each of the characters and bring them to life for the listener. That’s what brings your book to life.

You would think that the narrator would be able to pick up on everything they need for the characterization from reading the book.
Yes, you would think that, wouldn’t you? The most surprising thing to me was hearing how the various voice actors would interpret the various characters in my mysteries. As the author, I had a definite impression of how my protagonist would sound and speak. It never occurred to me that someone would interpret my characters any other way. My vision was set in stone. But I found that there were various different ways for readers, and actors, to see my characters.
For example, Dan narrated Blast from the Past, the fourth Mac Faraday mystery, before any of the other books in that series. I had worked with him in the characterizations, even supplying bios for all of the major characters; however, I had forgotten about a minor recurring series character who did not appear until toward the end of the book. This character, the county prosecutor, was approximately the same age as Mac Faraday. However, Dan’s voice for him was that of an elderly man. I did not catch this error until I was listening to the proof, at which point Dan would have had to re-record whole sections to correct it. Therefore, I let it slide.
That affirmed what I already knew—which was that every reader brings their own unique interpretations to a book. Writers do need to be aware of that.

What was it like hearing your books narrated as an audiobook?
Surreal. In the last year, I have been working with three audiobook producers to make my entire backlist available in audio for mystery fans. That’s thirteen books that I have written in the last five years. Two more books will be coming out in audiobook later on this year. As a result, I have found myself listening to books that I have not looked at in a very long time. So they’re new to me again. It’s like when you look through a photo album from high school 10 years later. There are some pictures that have you scratching your head wondering “What was I thinking?” But then there are also renewed memories of things you had said or done that make you marvel at how witty you were. Listening to these mysteries that I had written as far back as five years ago, I have found myself surprised at plot twists that I had created that I myself have forgotten about. Likewise, I’ve also found myself asking, “What was I thinking when I created that character?” Overall, it’s been a blast working with these three very talented producers in bringing my mysteries to life, so to speak.

Why are audiobooks a good alternative to print or e-books?
My readers want my mysteries to be in all formats: e-book, print, and audiobooks. Whenever I mention giving up even one of them I hear wailing from somewhere.
When I first became an author, I had one friend who only listened to her books in audio. She had a long commute to work and that was when she would listen to her books. She would go through a couple books a week. Since then, I have discovered that for many readers, if it were not for audiobooks, they would not be able to enjoy their favorite books.
For example, my sister listens to my books during her commute to work. With her busy lifestyle that is the only time she can read my books. So I gave them to her in digital format and she listens to them through her audio system in her SUV.
Since my books have been coming out in audible, I have found that I am enjoying audiobooks more and more. For myself, and many book enthusiasts I know, will read books in both e-book and audio. I love to read in bed in the evening. I find that I will read in e-book until my eyes get tired. Then, I will switch to the audio version, if the book is available in whispersync, to listen to the book until I fall asleep.

Do you have any upcoming projects that your fans should be looking for?
Twofer Murder will be a treat for mystery lovers because it will be two mysteries in one novel. This book will contain all of the characters from the Mac Faraday, Lovers in Crime, and Thorny Rose mysteries. The guys go fishing and get embroiled in a murder mystery. Meanwhile, the ladies go off to a murder mystery writers conference and end up wrapped up in their own mystery when an up and coming mystery writer ends up dead! Can’t beat that! Two mysteries for the price of one!

What makes Human a Human

What makes human a human is the question that pondered my mind for a long time. A friend of mine after reading the Sapiens, recommended by various great personalities told that Fiction is one factor that makes Homo Sapiens unique from the rest of the species. Being an idiot who takes aeons to complete a book found it tough to understand, also is it the only thing that makes us unique was the question that seeded in my mind. That seed germinated quite quickly and just like any plan which searches for the sunlight to grow further the seed moved towards the available light to flourish. During the travel to find the sunlight or in simpler terms, during the travel to find the answer to the question I stumbled upon many factors. As you know, the human mind will not stop until it gets an answer that satisfies its ego. You need to quench the thirst of your mind and your ego. The funny part here is that you never know if its one and the same. So in the travel to satisfy the ego accidental

The Devil Wears Prada by Lauren Weisberger My rating: 3 of 5 stars After a big hype and strong recommendation, I read this book and I was struggling with this book for a very long time. The premise of the book is intriguing and this in a way had/ still have the potential to become a read to satisfy the frustration against their bosses. But somehow it waned away. It was a tough read for me. The book started off well but somehow I am unable to stick to the book after a while. In the midst I was suggested to watch the movie starring Meryl Streep, Oh MY GOD, she added depth to Miranda. It comes off in a rare category where the movie not only outshines but also has more depth than the book. If you are not bored easily then you definitely try this book or else better watch the movie. View all my reviews 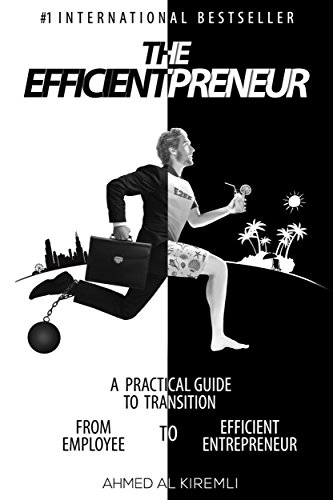 Review : The Efficientpreneur A Practical Guide to Transition from Employee to Efficient Entrepreneur

In today's world, it is impossible to follow the age-old tradition of continuing a job and saving a decent amount in the bank for a long time and thinking of a peaceful retirement at your 40s or 50s. The world is moving in a lightspeed and we are seeing the disparity in the pay as the pyramid builds up. We are seeing our BOSSes earning a big chunk while we are literally getting peanuts. Entrepreneurship is running in the veins of the millennials but how to do it? How exactly to keep both on the weighing scale? What are the pros and cons of a job and of an entrepreneurship?                      To all these questions Ahmed Kiremali gives you some great answers in his book The Efficientpreneur - A Practical guide to transition from Employee to Efficient Entrepreneur. This is not just another self-help book where the author chants everything is within but rather he gives you some facts to ponder on. Isn't it cool to know that somebody is making sense in a self-help book that a